Terracotta Army, also namely Terracotta Warriors and Horses, is known as the Eighth Wonder of the World. It is a super large collection of life-size terra cotta sculptures in battle formations, reproducing the mega imperial guard troops of Emperor Qin Shi Huang (259 - 210BC), the first emperor of the first unified dynasty of Imperial China. It is a form of funerary art buried with the emperor in 210–209 BCE with the purpose of protecting the emperor in his afterlife. 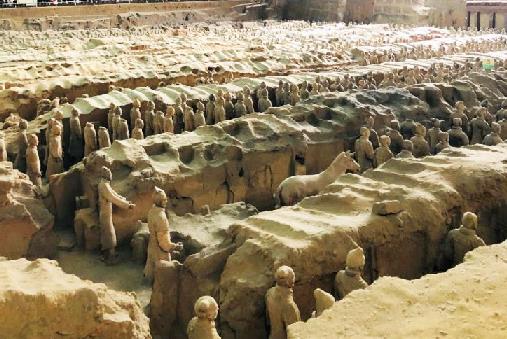 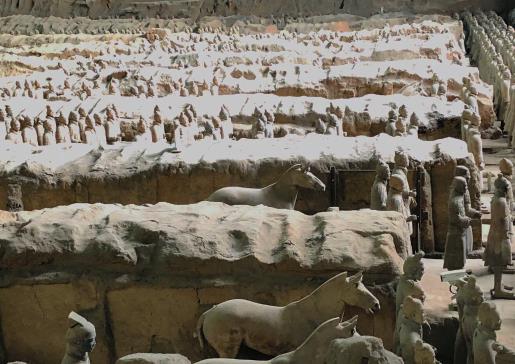 The Mausoleum of the First Qin Emperor including the Terracotta Warriors Museum has been listed as the World Heritage by UNESCO in 1987. Every year, more than 1 million tourists from all over the world visit the Terracotta Museum. It is the real highlight of Xian Tours and China tours.

The army is the masterpieces of realism and comprises different branches of the armed force, chariots, horses as well as their weapons. They are built to guarding the tomb of Emperor Qin Shi Huang. Currently, there are four pits dug and estimates the number of terracotta soldiers are over 8,000 with 130 chariots, 520 horses and 150 cavalry horses but most of them are still buries in the pits due to the faulty preservation technology.